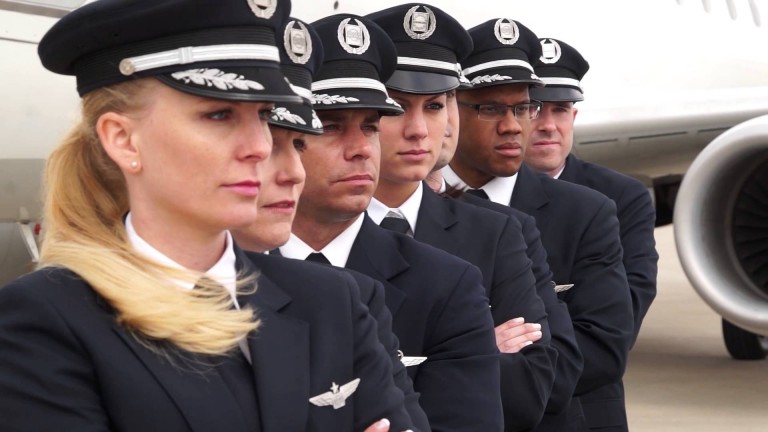 How long does it take to train as a commercial pilot?

This depends on how you choose to go about your training. There are two different types of training called “integrated” and “modular”. With the integrated training, you complete all of your training in one full time, intensive course with a Flight Training Organisation (FTO). From having no flying experience, to holding a commercial airline pilots licence, it typically takes around 18 months. This would allow you to apply to airlines as a First Officer. However on acquiring your first flying job, you would need to complete a type rating before flying passengers on a large commercial aircraft. This would typically take an additional six months.

In the modular route, you complete your training at your own pace, flying when you can afford it and building your experience levels gradually. This could take you two years or five plus – it’s up to the individual.

How many hours do airline pilots work a year / month / week?

How many days do pilots spend away per week / month?

This is completely dependant on the airline and it’s type of operation. At low cost or charter short haul airlines (such as Ryanair or easyJet), you can expect very few night stops and will typically be home most nights. At legacy short haul carriers, tours are common where you might spend 3 – 4 nights away per week. At long haul airlines like British Airways of Virgin Atlantic, the length of tours vary, but you can be away for as many as 10 days at a time on on a long tour.

How much money does an airline pilot earn per year?

​What’s the difference between integrated and modular training?

What are the respective advantages of integrated and modular training?

​     Integrated Training Advantages:
– Favored by various airlines such as British Airways
– Training completed on an intensive course which is respected by airlines
– Integrated flight schools have links with various airlines which may help with       getting a job on completion
– Quickest way to obtain a frozen air transport licence    Modular Training Advantages
– Often significantly cheaper
– Training can be conducted at the pace dictated of the individual
– The timing of training can be adjusted based on airline employment market factors
– Training can be completed alongside another job​

How much does it cost to train as an airline pilot?

Am I too old to start commercial pilot training?

In short – if you’re under 65 then no you’re not too old, but the older you start your training, the more limited your employment options may be, and the less money you can expect in return over the course of your career. We have a detailed article about this topic in this section.​

Should I go to University before starting professional flight training?

​There is no right or wrong answer to this question, it is completely dependent on individual circumstances. For an in depth answer, see our “Academic Qualifications” section.

What is a type rating?

A type rating is a qualification to fly a specific model of aircraft. Any aircraft which has a maximum take off weight of more than 5,700 kgs or is turbine powered requires a type rating to operate it. A type rating course consists of a technical ground school course, covering the aircrafts systems and performance, and a simulator course, where you learn to fly the aircraft in normal and emergency situations for approximately 30 hours.