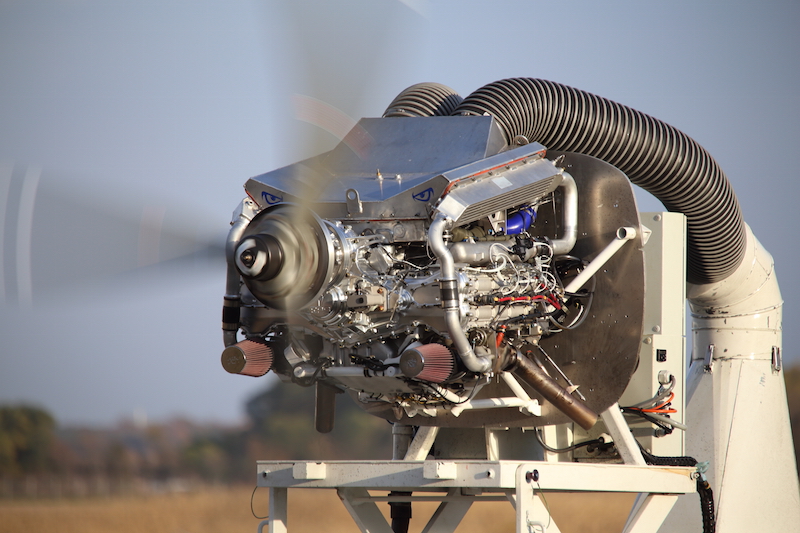 The company, which completed ground and flight tests on two concept engines last spring, has incorporated a number of refinements in the first pre-production engine, which recently passed the 100-hour mark in ground tests.

During the first 30 hours of running, the new engine confirmed predictions that all moving parts would run smoothly and that internal ports were functioning correctly in the movements of fuel, oil and gasses, according to company officials.

“We spent considerable time tweaking the calibrations and adjustments to assure optimal performance,” said EPS President Michael Fuchs. “That’s the only way to reach peak efficiencies and maximum horsepower. We have turned up 360 horsepower so far and expect to reach higher as the software is enhanced.”

“There were no major issues,” said Fuchs. “This is encouraging since we incorporated hundreds of new mechanical components and systems.”

At the end of December, the first pre-production redundant Electronic Engine Control Units (EECUs) were put in service and are now undergoing testing.

Flight tests with one of the pre-production engines are scheduled to begin with a company-owned Cirrus, at the hands of Dick Rutan, this spring.