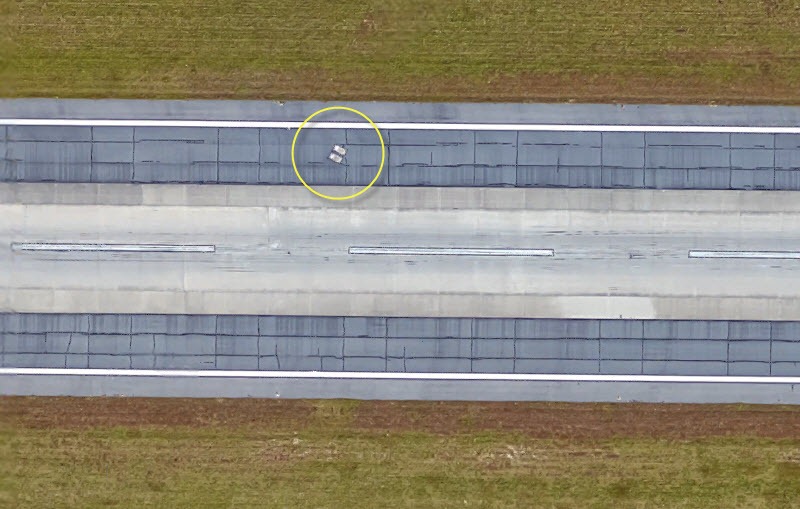 Should you be arriving or departing to Georgia’s Savannah Airport via Runway 10, keep an eye on the tarmac and you might catch sight of a pair of concrete rectangles that mark the final burial place of Richard and Catherine Dotson whose bodies refused to move as the airport expanded.

When the Savannah Airport built an extension to Runway 10 in the 1980s they found a bit of a snag in their plans for this new path. Like many airports across the country, the Savannah airfield was built on former farmland, taking advantage of all the wide open space for lengthy runways and sprawling terminal hubs. A necessary component of using this type of land has always been dealing with the small family cemetery plots that most of them have. Generally this is not a problem with the airport usually footing the bill to move the graves into a modern cemetery with the family’s consent. In the case of the graves in the way of the Runway 10 extension, the family did not consent.

Citing the fact that their ancestors would have wanted to stay on the land they worked so hard to cultivate and purchase, the surviving Dotson relatives refused to allow Richard and Catherine to be moved. Since it is illegal in America to transfer buried remains without the consent of next of kin, the airport did the only thing they could and simply paved over them. However, far from a heartless steamrolling, two headstones were placed over the graves, laid flat with the runway.

Today the Dotson’s graves look more like patches of concrete repair work amidst the winding asphalt runway system. However pilots and flight crew know what they really are and ghost stories have even begun to spring up among those that take off and land on top of the graves.