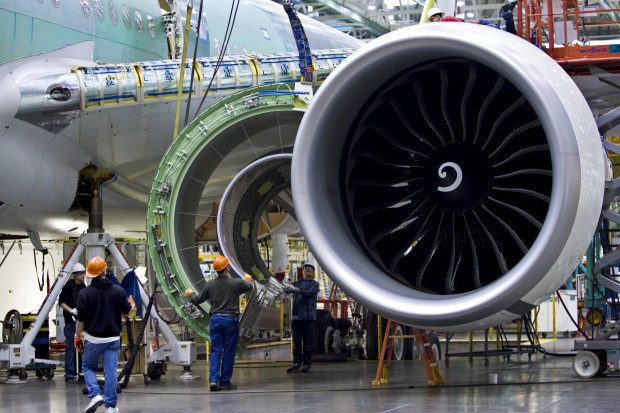 While we always knew that the Boeing 777 was a mammoth achievement in aviation, a few incredible facts have been popping up today about its huge GE-90 engines that we wanted to share (Bangalore Aviation/The Atlantic via @bill_gross):

The next time you are on one of these flying powerhouses, just keep in mind what it takes to get it in the air.