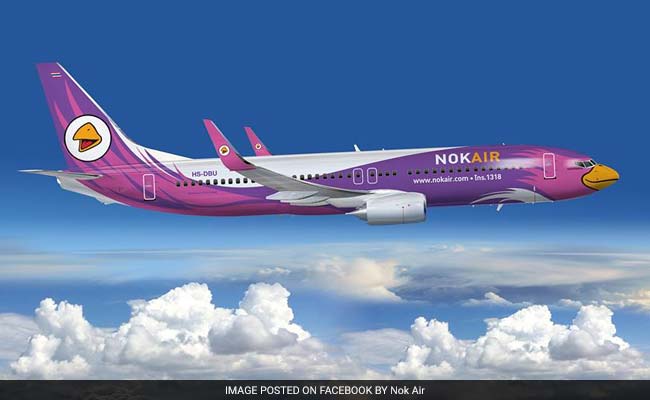 The gaffe highlights how hatred towards the Shinawatra political clan still runs deep two years after Yingluck’s administration was toppled by a military coup.

The pilot’s comments were made in a social media chat group used by Nok Air pilots that was later leaked.

In it a pilot posted a picture of Yingluck about to board their Nok Air flight over the weekend. One chat member responded with “We have prey on board”. Another then added “CFIT”.

CFIT is an aviation acronym for “controlled flight into terrain”, a term used to describe when a pilot unintentionally crashes a plane that has no technical problems.

Panthongtae Shinawatra — the son of Yingluck’s brother Thaksin Shinawatra, who was toppled as premier by a 2006 coup — posted the leaked chat on his Facebook.

“Even if the messages about passengers were just kidding, they count as illegal and unacceptable,” he wrote.

“The airline affirms that we work with good governance to serve all passengers equally with no discrimination,” he said, without elaborating what, if any, disciplinary action the pilot would face.

It is not the first time the Shinawatra family has been on the receiving end of airline hostility.

In 2012 Cathay Pacific sacked a Thai stewardess after she posted on Facebook about wanting to throw hot coffee in the face of one of Thaksin’s daughters.

The wealthy Shinawatra family are hugely popular in Thailand’s poor rural north, where voters have helped them or their proxies win every election since 2001.

That infuriates the Bangkok-based establishment, with its deep military and judicial ties, and arch-royalist southern supporters. They accuse the family of poisoning politics with nepotism and populist policies.

In a response to the Nok Air pilot’s comment Yingluck wrote on Facebook that “private attitudes should not be link with professional services”.